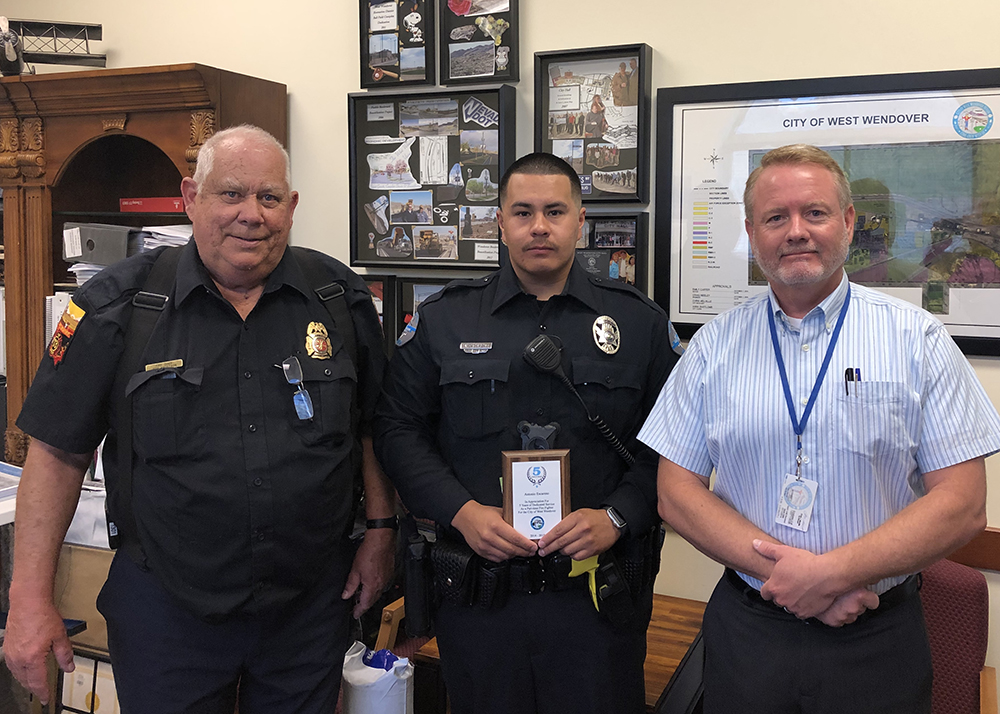 The awards are provided based on employment longevity with the city beginning at 5 years of service and every 5 years thereafter.  In addition to a nice plaque Antonio was provided a service pin which is designed with the city seal.  The pins reflect the employee’s service with a star for every five years they serve.  Antonio also received a $25 Smith’s Food Store Gift Card as part of the award.

“Antonio continues to serve his community well”, said City Manager Chris Melville.  “Though he started out his service as a Part Time Fire Fighter for the City, Antonio subsequently applied for and was selected for a full time Police Officer position with the Police Department.  I remember the words he spoke at his job interview where he said he just really wanted to give back to his community.  That, Antonio, you certainly have, job well done.”

Antonio just recently received his Category I Police Officer Certification from Nevada POST and was officially sworn in.  Congratulations Antonio and thank you for your continued service!