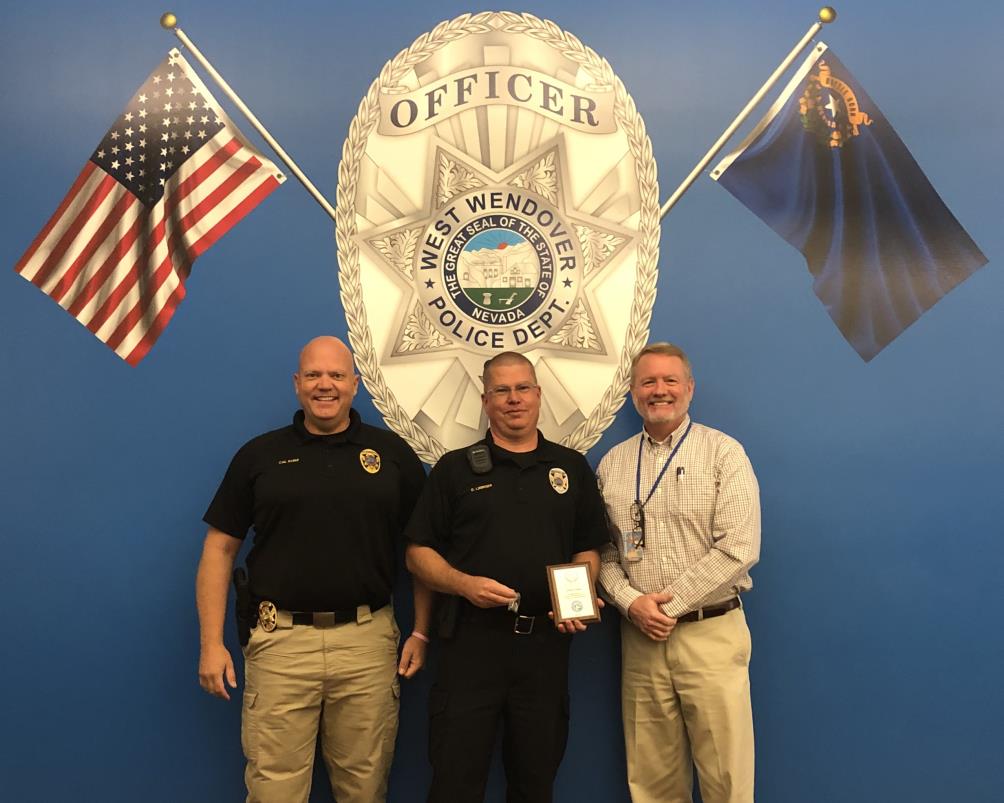 The service awards are provided based on employment longevity with the city beginning at 5 years of service and every 5 years thereafter.  In addition to a nice plaque Don was provided a service pin which is designed with the city seal.  The pins reflect the employee’s service with a star for every five years they serve, in Don's case, 4 stars.  He also received a $25 Smith’s Food Store Gift Card as part of the award.

“Don has been a real asset to the West Wendover Police Department, to the City organization on whole and most importantly to the community", said City Manager Chris Melville, "he has always put himself forward to protect and serve the public to his utmost ability and has always taken on extra duties with a drive for success".   Don rose through the ranks of the West Wendover Police Department starting out as a Police Officer in 1999 then receiving a promotion to Police Sergeant in 2003 and then a promotion to Police Lieutenant in 2013.   Additionally he served six months in 2018 as Acting Chief of Police while the City was in process of recruiting and filling the vacant Police Chief's position.

For those who don't know, Lt. Lininger plans to officially retire this December, so we are pleased that he is enjoying these last few months with all those in the Police Department and with his coworkers throughout the City organization.   "If you know Don well enough, City Manager Melville said with a smile, you will know there is an applicable hunting or fishing story for every potential situation Don may find himself in; and in the case of his retirement, he certainly will have many new stories to tell".