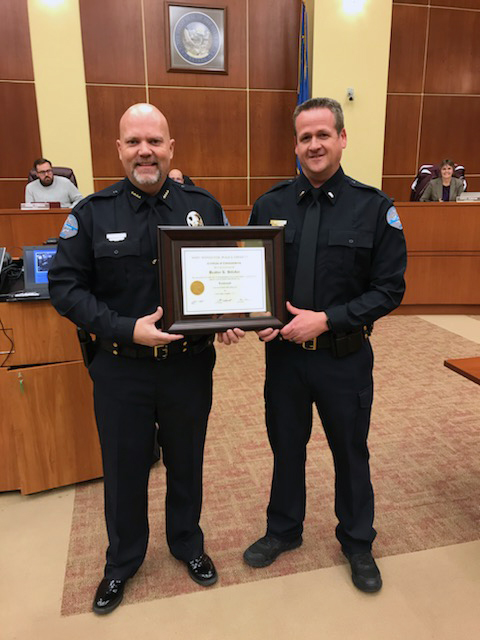 Brad Hillaker was promoted to the position of Police Lieutenant for the West Wendover Police Department on November 11, 2019.  Brad is filling the position being vacated this month with the retirement of Lt. Don Lininger.

At the Regular City Council Meeting of December 3rd, Brad was formally recognized wherein he received his Lt. Promotion Certificate and where his wife had the honor of being able to pin him with his new Lt. badge.

Brad began his law enforcement career with City of West Wendover as a Police Officer in 2001.  He was promoted to Police Sergent in 2008 and most recently was in the position of Detective for the Police Department.  Brad takes an active role as a mentor in the community and he is currently a coach for the West Wendover Wolves' Girl's Basketball. He has also been a youth basketball coach for the Junior Jazz program for the past 8 years.

When asked about the promotion, Chief Cal Kunz said, "Brad has demonstrated excellent leadership abilities not only while managing our Police Department’s investigations but as a mentor to newer officers. Brad’s positive attitude and work ethic have earned him the respect of his supervisors, peers and co-workers. I believe Brad will continue to be a great asset to our Department as well as our City as he continues his leadership journey." 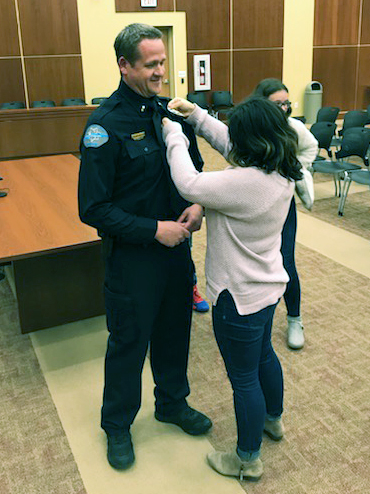 Pictured below:  Lieutenant Brad Hillaker with wife Natasha and kids Mackenzie and Paxton 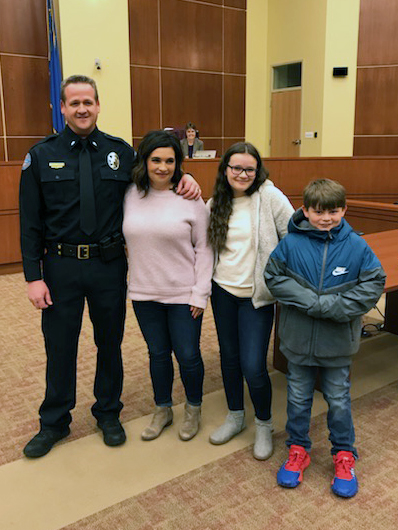