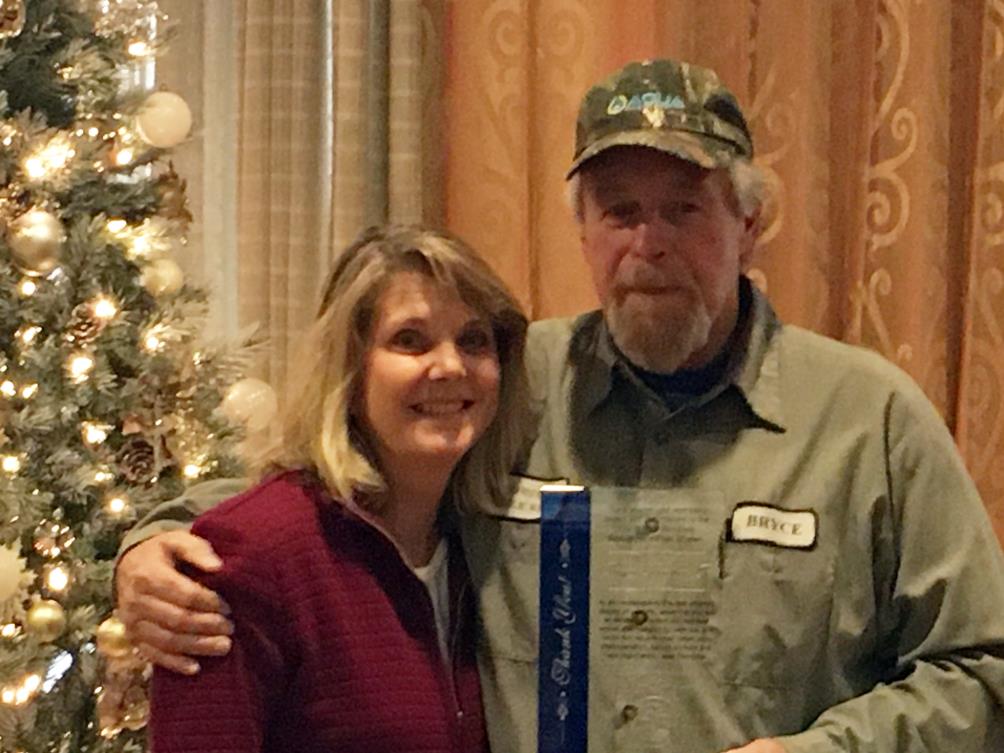 On December 18th the West Wendover Public Works Department held a Retirement Luncheon for Public Works Director Bryce Kimber, Jr. who is retiring on December 31st after nearly 23 years with the City.

Bryce started his employment with the City in March of 1997 as a heavy equipment operator in the Public Works Department and within a couple of years, he was promoted to the Public Works Supervisor position.  In 2005, Bryce was selected and appointed as the Public Works Director, the position he has held since.

As part of the luncheon, Bryce received some mementos including an etched Leatherman Multi-Tool from his Public Works Crew, a hard hat with signatures of the Mayor and Council, City Manager and his fellow Department Heads and employees from across all the City Departments and, a crystal cut plaque commemorating his years of service to the City and community outlined with silver and blue colors representing the colors of West Wendover and the State of Nevada.

City Manager Chris Melville commented, “It has been a sincere pleasure to work with Bryce through the past several decades.  As the Public Works Director, he has been like my right hand.  It is very difficult or nearly impossible for a City Manager to get things accomplished on behalf of the Elected Officials and the community without the dedication, assistance and feedback of a great team and my team has always included the Public Works Director as so many of our projects involve components of a public works.  Whether that is constructing the City Hall or the new Waste Water Treatment Plant, the completion of the three phases of Florence Way, construction of the Leppy Hills Trails and all the other projects in-between some seen by the public and many not; I have relied greatly on Bryce and his abilities, his no-none sense approach to things, his can-do attitude and his authenticity, to help me see things through for the community.  I, like so many others, will really miss him.  He has been a real asset to the City and a true friend”.

We, his family here at the City, wish him a fond farewell in his retirement and the very best for him and his wife Aleta on their adventures yet to come.

Pictured above is Bryce Kimber, Jr., with his wife Aleta 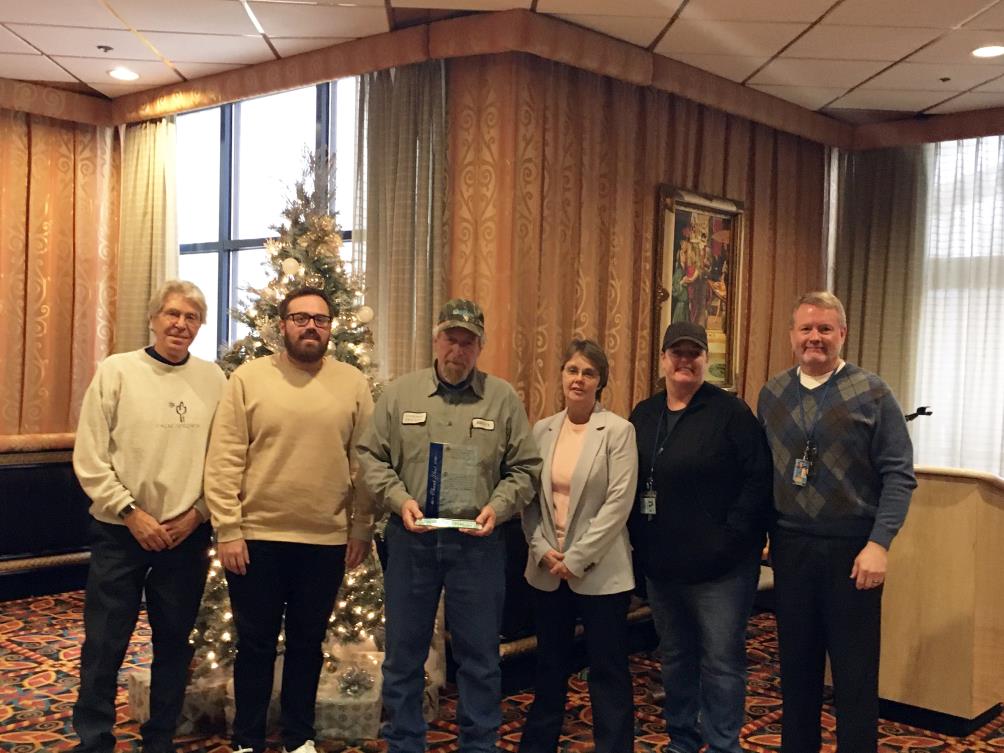