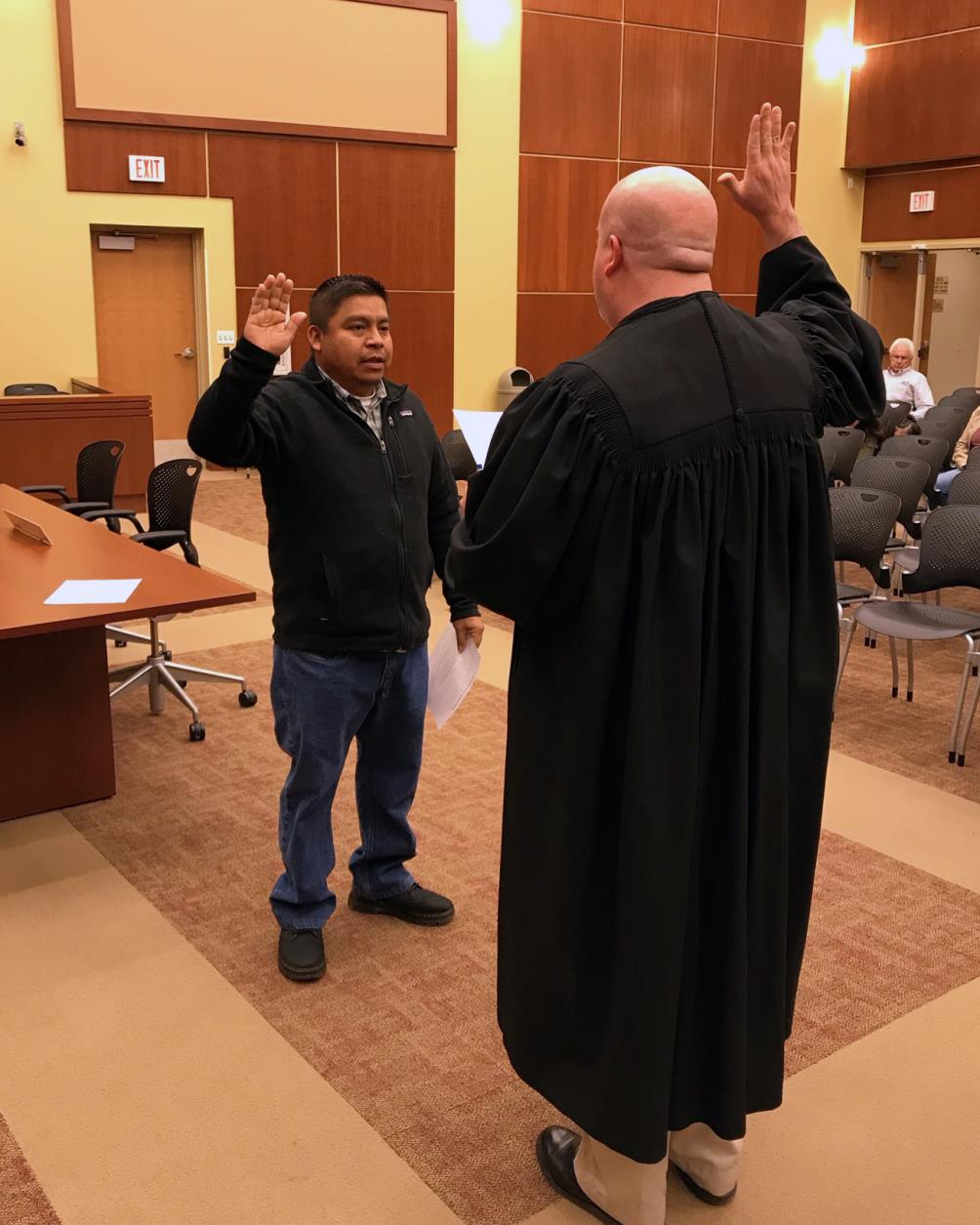 At the Regular City Council Meeting on January 7th, Raul Naranjo was officially sworn in as the City’s new Public Works Director.

Raul was born in Mexico, his family immigrating to the United States in 1973. He grew up in San Diego, California, where he graduated from San Diego High School in 1989.

After high school Raul joined the United States Marine Corps, and he served from 1989 to 1993. He was involved in the Gulf War (Operation Desert Storm) in 1991 and Operation Restore Hope in Somalia in 1993 as an Artilleryman.

Upon finishing his military service Raul went to work for Chem-Tronics an aerospace company in the San Diego area. The company made and repaired parts for commercial and military aviation and NASA. This is where Raul began his career in the wastewater industry. He was in charge of the on-site treatment plant for industrial waste, hazmat disposal operations and his last year at the company he worked as a chemical analyst.

In 1997 Raul and his family moved to West Wendover and in 2000 Raul applied for and was hired by the as a Wastewater Operator 1.   Since being employed with the City, he has received several promotions including Wastewater Operators 2 and 3 and most recently he was promoted to the position of Utility Operations Manager.

When asked about Raul’s promotion City Manager Chris Melville said, “Raul has been with the city for two decades and has been a real professional.  He has been part of several major City projects in the recent past including the new $12 million Waste Water Facility that became operational in 2012.   He is well respected among his peers across the region and of course by those of us in the City organization.  He is going to do a terrific job, is ready for the job and up to the challenge.  I look forward to his continued dedication to Public Works and continuing to be a great part of my team here at the City.

Raul said, “he enjoys working for the City of West Wendover and looks forward to the challenges and great things to come as its Public Works Director.”

Congratulations Raul on your appointment!