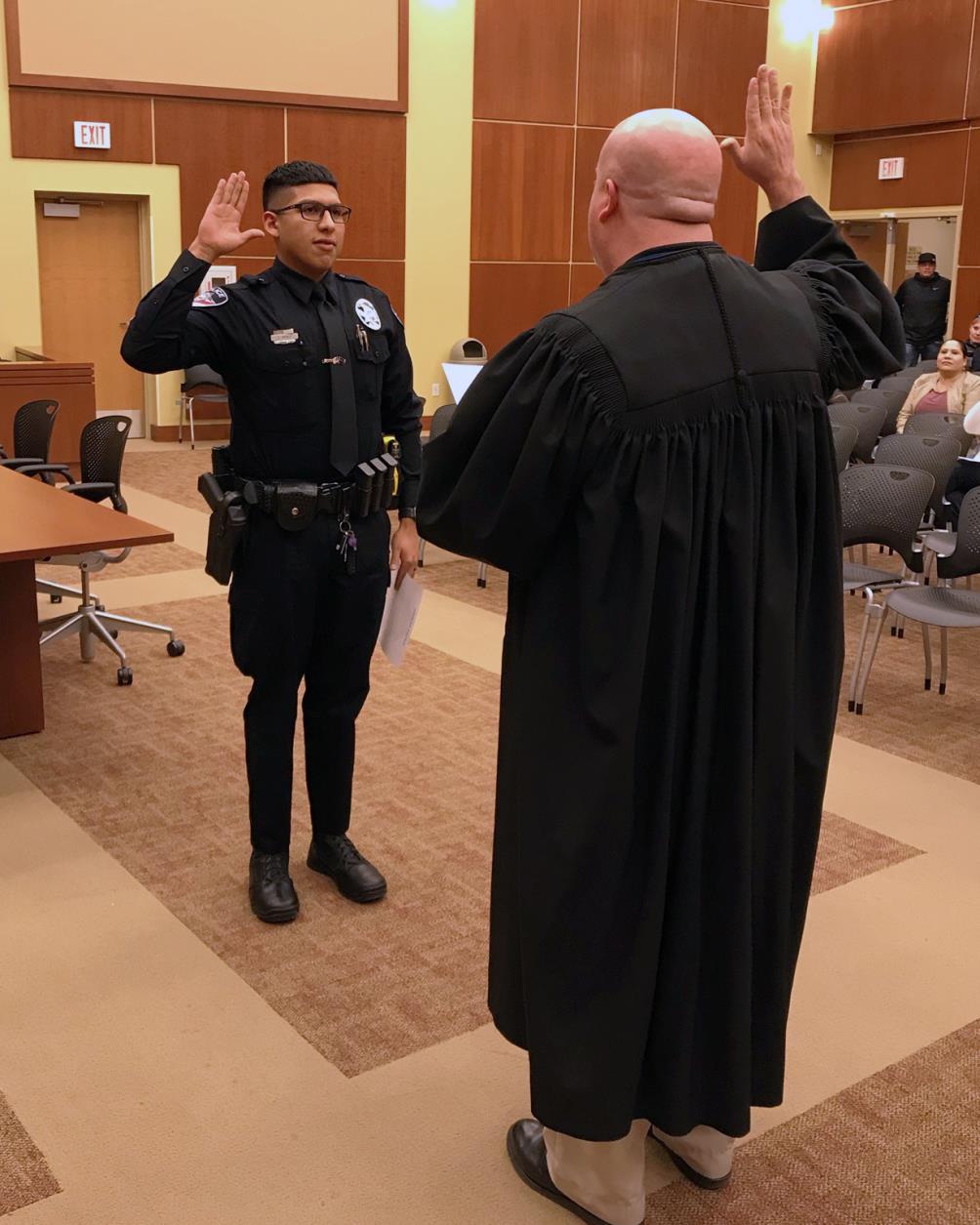 At a Regular City Council Meeting on January 7th, Officer Luis Perez was sworn in as a West Wendover Police Officer.

Luis started his employment with West Wendover City as a Police Dispatcher in January of 2015. In October of 2018, he was transferred to the position of Police Officer. He immediately started his field training then attended and graduated from the Nevada P.O.S.T. Academy. After his successful completion of field training and the Police Academy, swearing-in was his last step to officially become a Police Officer. Luis is currently assigned to Patrol.

West Wendover Chief of Police Cal Kunz attended the ceremony and said, "It is always a good day to see a Police Officer being sworn in. Luis is a great example for not only our Department but our community. He is very willing to learn and has a positive attitude. He grew up in our community which shows in his strong desire to serve others."

Pictured is Officer Luis Perez being sworn in by Judge Brian E. Boatman