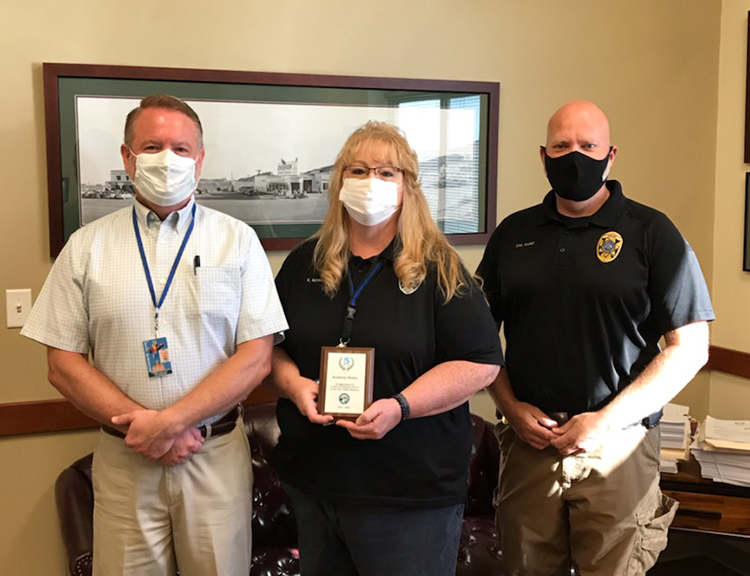 In June of this year, Kim Morley completed her five years of service with the City of West Wendover and today she received her five year service award by City Manager Chris Melville.

Kim began her career with the City in June of 2015.  She spent her first year working as a Court Administrator for the West Wendover Courts and then she transferred to the Police Department where she has served as an Administrative Clerk for the past four years.  Kim is responsible for maintaining police records as well as customer service.

In addition to her nice plaque, Kim received a service pin which is designed with the City Seal.  The pins reflect the employee’s service with a star for every five years they serve.  And finally, she received a $25 Smith’s Food Store Gift Card.

Police Chief Cal Kunz remarked, "Kim is an important part of our Police Department team. She is always willing to help and is kind to those around her. She represents our City well as she exemplifies the Police Department's core values:  Integrity, Pride, Professionalism and Service."