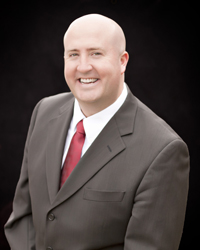 I was born on October 25, 1976 in San Diego, California to Lynn Trapp Smith and Eugene Frank Boatman.

I lived in Washington State for the majority of my childhood with my mother and step-father, Henry Smith. I consider Hoquiam, Washington my hometown.

Hoquiam is a coastal logging and fishing community in Grays Harbor County. I lived in Hoquiam until I was 19. My family returns to Hoquiam at least once a year to play at the beach, go “crabbing”, fish, and dig for razor clams. We look forward to our trips all year long.

At age 19, I moved to Spain (Canary Islands) to complete a two year religious mission for my church. I cherish my time in Spain and will never forget the wonderful people I met there. During my two year stay I learned to speak, read and write in Spanish. These skills have greatly assisted me throughout my career.

I returned to the United States from Spain in late 1997. I met the most wonderful woman imaginable shortly after returning home. Roseanne Hatch of Erda, Utah and I were married on July 18, 1998 in Salt Lake City, Utah after dating for only seven months.

Roseanne and I were blessed with our first child, Sydney in 2000. We were living and working in Illinois at that time for work. Once Sydney was born we felt that we wanted to be closer to our parents, both of whom lived in Utah. We moved to Tooele, Utah shortly after Sydney was born. Sydney has enjoyed living close to her grandparents and several cousins. She loves playing with her friends, Jr. Jazz basketball and listening to music on her Ipod.

After getting settled in Tooele, Utah,  I enrolled in the Peace Officers Standards and Training course at the Salt Lake Community College in hopes of fulfilling my life-long dream of being a police officer. I attended this course in the evenings as I worked full-time during the day. Shortly after completing the course, I was hired by the Tooele County Sheriff’s Office as a corrections officer.

While working at the jail in Tooele, I decided to apply for a police officer position for the City of West Wendover. I completed the employment application process and was offered a job in October of 2002.

I worked as a patrolman for the West Wendover Police Department for six years and enjoyed my time there greatly. During my time at the police department, I participated in a variety of investigations including domestic battery, DUI, murder, sexual assault, theft and many others.

My second daughter, Katelyn was born in 2005 as I worked for the Police Department. Katie is a wonderful kid with lots of energy and a big heart.

In 2008, I was looking to further my career and be exposed to other aspects of the law. I applied for and was hired by the Elko County Juvenile Probation Department as a probation officer in 2008. I was assigned to handle all of the juvenile delinquency cases for West Wendover, Wells and Jackpot, Nevada. The four years that I spent with the Probation Department will always be remembered as a great learning and growing opportunity.

Shortly after beginning my employment with the Probation Department my son was born. Brady is a bright-eyed, energetic boy who is a little too much like his dad. He’s the son that my parents always hoped that I’d have to get even with me. Mom and Dad, we’re EVEN!

Again, looking to expand my knowledge of the legal system and serve my fellow West Wendover residents further, I filed to run for Justice of the Peace of the Eastline Township in early 2012. The Primary Election was held on June 12th and I came out on top by a slight margin. I then advanced to the General Election held on November 6th. Thankfully, I won the election and took office on January 7, 2013. By winning the General Election, I also serve as the ex-officio West Wendover Municipal Court Judge.

I am grateful for the opportunity that I have to serve in the capacities of Justice of the Peace and West Wendover Municipal Court Judge. I take these responsibilities seriously and look forward to many years of service to the community in the future.